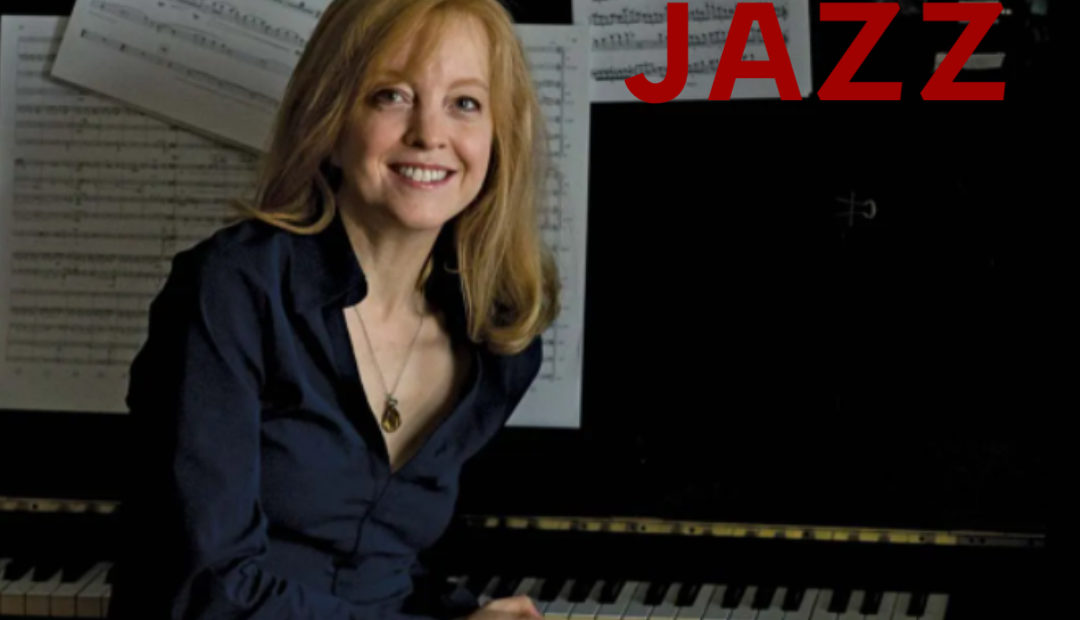 Home » About » App » Living Jazz Fridays at Noon: This Week Maria Schneider
Maria Schneider is scheduled to come on “Living Jazz” this week for a phone interview that will take up most of the show’s first hour. She is an NEA Jazz Master, winner of numerous Grammy Awards, and is rated the No. 1 arranger, composer and big band leader in the world by jazz critics polled by Downbeat magazine. She is a pioneer of crowd-funding her albums and is an artists’ rights activist who is sounding the alarm against the predations of big data companies. She is leading a class action law suit challenging You Tube (owned by Google), which she contends unfairly infringes the copyrights of musicians. Her most recent album, “Data Lords,” a musical evocation of Big Data and its infringements on our lives, won a Grammy and was a finalist for the Pulitzer Prize.
Maria also is a passionate birder. Her home turf is New York City’s Central Park but she also sometimes strays into the Catskills for outings, so we’ll get an update on the birding scene, as well as on her music and artists’ right campaign.
During the second hour of the show we’ll listen to a sampling of Maria’s music, and pay tribute to Duke Ellington and Toots Thielemans, both of whom were born on April 29 (in Toots’ case, 100 years ago).
“Living Jazz” airs Fridays from noon to 2 p.m.on WJFF, 90.5 F.M., and streams online at wjffradio.org.
Please tune in.