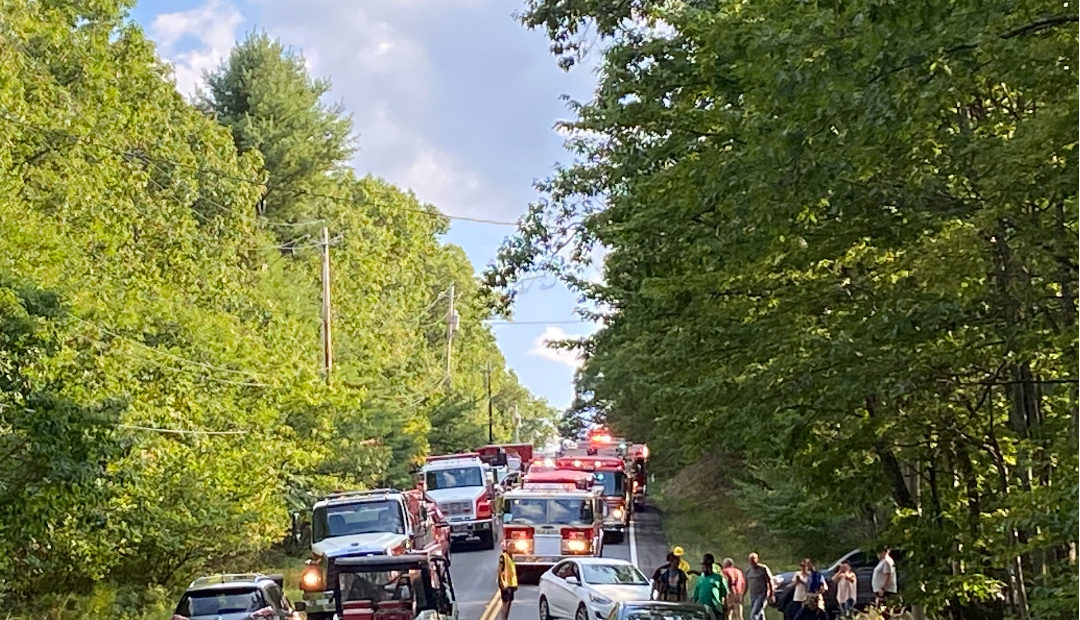 Fire companies from across Sullivan County battled a large brush fire in Wurtsboro Saturday, August 27, which lasted until Sunday evening.

The smoke could be seen for miles, and according to NYS Forest Rangers, approximately 55 acres have been affected.

State Route 56 in Wurtsboro was shut down to allow fire companies from Sullivan, Orange, and Ulster County to create a staging site to reach the fire’s remote location.

“Tough terrain and tough area to get to. They had bulldozers to make the fire line and made a trail for ATVs to come in to put the suppression,” said John Hauschild, Fire Coordinator for Sullivan County.

According to Hauschild, the fire was contained on Sunday night, and “The New York State Forest Rangers are going to monitor it and work on the hotspots that are inside the perimeter. All Sullivan and Orange County resources were released last night, and it’s in the New York State Forest Ranger’s hands at this point; they’re going to monitor what happened.”

A helicopter from Stewart Airport was used to help provide much-needed fire suppression to assist the firefighters battling the blaze on the ground.

“That was requested by the NYS Forest Rangers, and on Saturday, it was used there. And on Sunday, it was used at Sam’s Point in Cragsmore, in Ulster County, because that ridge was burning as well at the same time as ours.”

The fire is under investigation by the New York State Forest Rangers.

Listen to the full interview with John Hauschild, Fire Coordinator for Sullivan County.