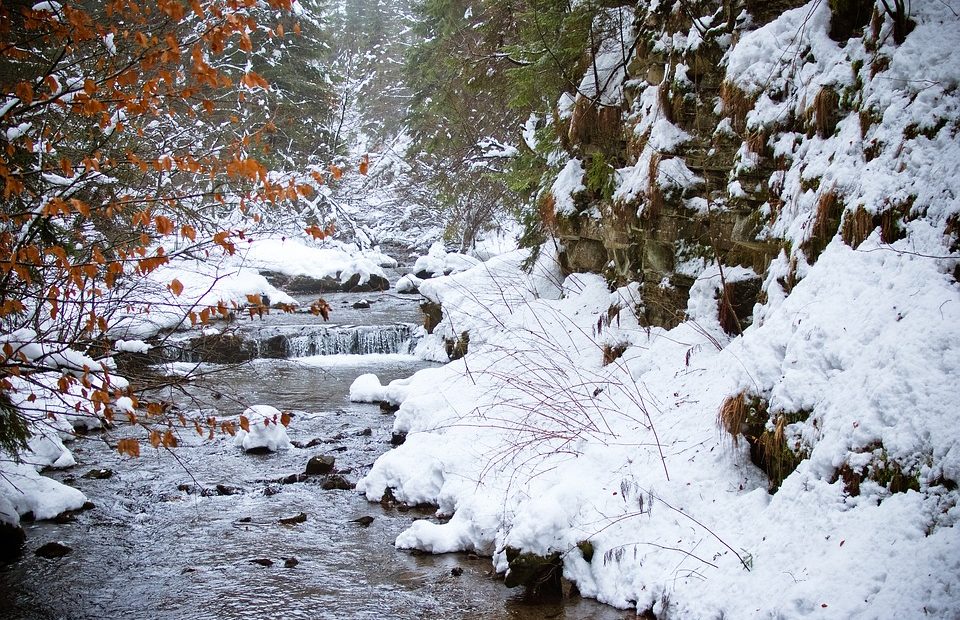 MONDAY, JANUARY 4
New show: The Local Edition weekdays at 630pm
Radio Catskill is keeping you connected with our new local public affairs show, The Local Edition, weeknights at 630. Join us right after All Things Considered for the local news and community interviews you’ve come to rely on.

Community News and Interviews for The Catskills & Northeast Pennsylvania all in one place… The Local Edition.

Plus: the debut of National Native News, a five-minute, weekday newscast dedicated to Native issues. Listen at 4:29pm during All Things Considered.

Special: Georgia Senate Election at 8pm
The balance of power in the US Senate is on the line on January 5, as the state of Georgia casts ballots in a special runoff election. Republican incumbents David Perdue and Kelly Loeffler face tough challenges from Democrats Jon Ossoff and Raphael Warnock. Join us for two hours of special coverage from WABE in Atlanta, featuring live updates, special guests, and analysis from NPR Politics reporters starting at 8pm.

Special: America, Are We Ready To Reconcile ?
8pm -10pm

Host Brian Lehrer will be joined by:
Hour 1

Heidi Heitkamp, a contributor for CNBC, a visiting fellow at the Institute of Politics at Harvard Kennedy School, and the founder of One Country Project, an organization aimed at helping Democrats nationally reconnect with rural voters
Ross Douthat, New York Times columnist and the author of The Decadent Society: America Before and After the Pandemic (Simon & Schuster, 2020)
Additional guest(s) TK

Hour 2
Susan Page, USA Today Washington bureau chief and the author of The Matriarch: Barbara Bush and the Making of an American Dynasty (Twelve, 2019) and the forthcoming Madam Speaker: Nancy Pelosi and the Lessons of Power (Twelve, April 2021)
Kai Wright, host of the WNYC’s “The United States of Anxiety”
Charlie Sykes, Wisconsin-based editor-at-large of The Bulwark and host of the Bulwark podcast, a former host of Indivisible and the author of How the Right Lost Its Mind (St. Martin’s Press, October, 2017)

We will ask listeners from around the country to share their hopes for 2021 on the day the House and Senate come together to count the Electoral Votes and the day after voters in Georgia’s two runoff elections determine which party will control the U.S. Senate. Join Brian Lehrer, guests, and callers for the latest news and a participatory conversation about moving forward as a country, and what it would take to really be united.

Special Coverage: New York State of the State
11:30am

Governor Andrew Cuomo will present his 2021 State of the State Address live on Wednesday, January 6th. Radio Catskill will carry New York State Public Radio’s live, anchored coverage. Host Dan Clark along with other guests will provide commentary and analysis leading into the address, and then close the program. The address is expected to run at least a full 60 to 90 minutes, and could run longer.

WJFF marks the Martin Luther King, Jr. holiday with 15 hours of special programming over  two days.
Hear King in his own words, stories from those who knew him, people who shared in his cause, as well as the music that inspired King and the music that he inspired.

6p – SPEECH & MUSIC – I Shall Not Be Moved
WJFF kicks off its MLK Day marathon with a new MLK Day Special from The Apple Seed. Storytellers reflect on Doctor King, Civil Rights heroes, and the challenge of living together in peace. Guests include Charlotte Blake, Diane Ferlatte, and excerpts from Charles Holt’s one-man performance featuring Dr. King’s speeches.
Airs in Place of: Selected Shorts

9p – SPEECH & MUSIC – “On the Power of Peaceful Persuasion”
Dr. King in his own words in this speech from 1957, the earliest King recording in the Pacifica archives, followed by a few gospel tunes.

10p – DOCUMENTARY – The King of Love: A Short History of the Civil Rights Movement
A 90-minute audio collage of the struggle for civil rights focusing on the role of Dr. Martin Luther King. Produced by the late Dred-Scott Keyes.

11:30p – SPEECH – “Conscience of Change” Part 2
The second of Dr. Martin Luther King’s five half-hour talks given for the Massey Lectures series. These speeches were broadcast on five nights in November 1967 on CBC Radio. He talks about race relations, the war in Vietnam, social action, and more.

Midnight – SPEECH – “America’s Chief Moral Dilemma”
Dr. King speaks on the immorality of America’s involvement in Vietnam. Recorded on the Sproul Hall steps, UC Berkeley, May 17, 1967. From the Pacifica Archives.

9a – MLK AND THE FIERCE URGENCY OF NOW
A new special co-hosted by Tanzina Vega of “The Takeaway” as well as Jami Floyd and Brian Lehrer of WNYC, this hour looks at the 2020 election in terms of contemporary civil rights and social justice. Guests include: Congressman James Clyburn, Reverend Dr. William Barber II, Dr. Bernard Lafayette Jr., Nikole Hannah-Jones (1619 Project), NY AG Letitia James, and others.
Airs in place of BBC Newshour

10a – SPEECHES – “But If Not,” “Men & Women In The Arts Concerned with Vietnam”
Two speeches from the Pacifica Archives. “But If Not,” delivered at Ebeneezer Baptist Church in Atlanta, November 1967. And Dr. King’s last speech in Los Angeles, given in a house full of concerned artists, with James Baldwin introducing Dr. King.
Airs in place of Performance Today

11a – MUSIC – A Beautiful Symphony of Brotherhood: A Musical Journey in the Life of Martin Luther King, Jr.
A special hour of music, speeches, and sermons illustrating the powerful place that music held in King’s life and the role musicians played in his cause. Hosted by Terrance McKnight. From WQXR and WNYC
Airs in place of Performance Today

8p – SPEECH – “Dimensions of a Complete Life” and More
Following this half-hour speech from January 1962, two shorter speeches (“Domestic Urgencies vs. Military Costs,” February 1967; “The Civil Rights Movement and its Goals for the Future,” April 1967), and audio recorded in Central Park the day after Dr. King was assassinated with Ossie Davis, Pete Seeger, Richie Havens, and others.
Airs in place of Law & Disorder

10p – MLK AND THE FIERCE URGENCY OF NOW (Rebroadcast)
A new special co-hosted by Tanzina Vega of “The Takeaway” as well as Jami Floyd and Brian Lehrer of WNYC, this hour looks at the 2020 election in terms of contemporary civil rights and social justice. Guests include: Congressman James Clyburn, Reverend Dr. William Barber II, Dr. Bernard Lafayette Jr., Nikole Hannah-Jones (1619 Project), NY AG Letitia James, and others. Airs in place of Bioneers

New Urban Jazz is a fusion of Contemporary Jazz mixed with Urban and Brazilian Flavors. This program hearkens back to the earlier, more robust, smooth robust smooth jazz formats when greats like Grover Washington, Jr., Ramsey Lewis, Herbie Hancock, Miles Davis, and Wayne Shorter populated the sound with new directions for their music.

Host Bob Baldwin is a recording artist, jazz concert producer, and knowledgeable host, who brings you the living genre from an Artist’s perspective. From AAPRC: the African American Public Radio Consortium.

President-elect Biden and Vice President-elect Harris will be sworn into office in an inauguration ceremony at the at the West Front of the Capitol in Washington DC.

Special Series: America Are We Ready: For the First 100 Days of the Next Presidency

The first 100 days of the new administration will be a time for America to reset. America Are We Ready continues with once-a-week call-ins starting Inauguration week. How will the country move forward from Trump’s presidency and a second impeachment? How will the new administration approach fighting the pandemic and disseminating vaccines to millions of people? What about jobs? And what’s in store for Gen Z’s future? How can we work on dismantling structural racism and white supremacy in 2021 and beyond? And how do we restore faith in democracy and the meaning of patriotism?

This program will follow the news and cover the news as it happens week to week. As well, it will take on the big themes in President Elect Biden’s 100-Days agenda. As usual, conversation among and between listeners will be at the heart of the show, making it a unique public radio news experience.

Café Jazz is a mix of original vinyl recordings with contemporary jazz releases on CD. The show is energetic, classic and classy. It is filled with lots of fulsome big band sounds, with horns that swing so hard you can almost see the suited gents moving in sync. The show also features the very best of the Bebop era and Straight Ahead jazz. It’s a feel-good program that is all about having a good time with the music.

Host and Producer Richard (Gene) Knight, has produced jazz programming since 1969, and he has amassed a mega-collection that enhances the show. Yet for all his knowledge, the Host avoids the academic approach to sharing jazz culture. He allows the music to do the talking and adds touches of history, humor, trivia, folklore and candid commentary for the audience’s entertainment. Café Jazz is produced from the studios of AAPRC Affiliate WVAS-FM 90.7 at Alabama State University in Montgomery, Alabama

The public is invited to attend.