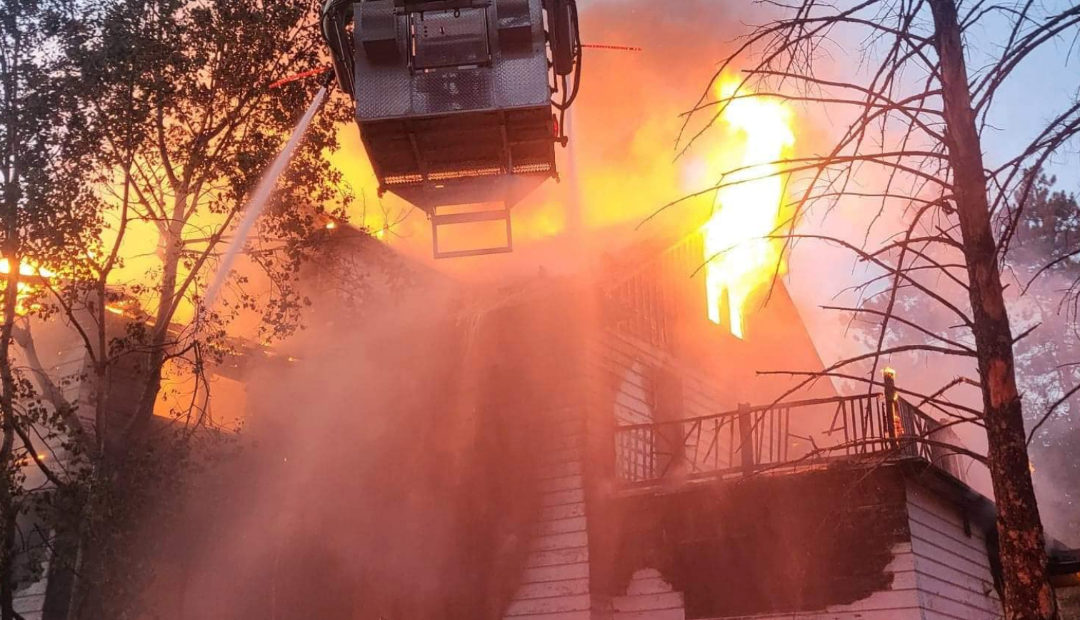 The Liberty Fire Department needed to breach a gate to enter the property, and once inside, the firefighters were hindered by the overgrown brushes and concert barriers that blocked the roadway leading up to the burning building.

This led to the Liberty Fire Department using over  1,000 feet of 5-inch hose in order to bring water to the scene with the aid of water tank trucks.

The Liberty Fire Department reached out for mutual aid, and those assisting were Livingston Manor, Hurleyville, Neversink, Kauneonga Lake, and Woodridge, with Monticello Fire Department on standby.

According to Liberty Fire Chief Mark Johnstone, it took six hours to bring the fire under control.

Once under control, according to Chief Johnstone, at the request of the Town of Liberty Code Enforcement office, an excavator was brought in to take down what was left of the burned-out structure.

The fire is under investigation by the New York State Police and the Sullivan County Bureau of Fire.