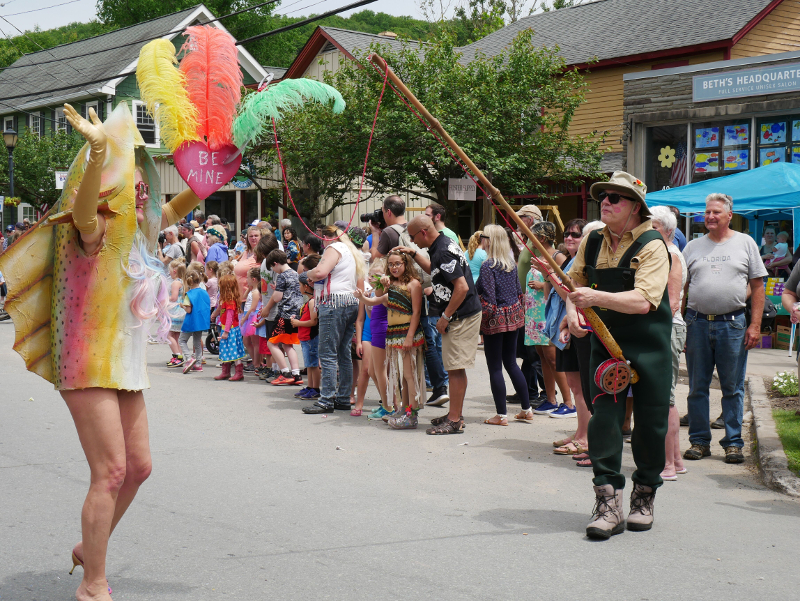 June is… “busting out all over” and WJFF producers and program hosts feature music festivals, Pride Month, Dairy Month, a youth oratory contest, and so much more!

If you miss these or any other of our locally produced programs visit the Radio Catskill Archives.

Gaytino! (June 2): A gay Chicano moves from the back of the bus to the front of American pop culture in this autobiographical play with music by Dan Guerrero.

Gay Youth Look Back on the Stonewall Riots (June 23) Outcasting, public radio’s LGBTQ youth program, connects LGBTQ youth with their own history through interviews with the people who were there.

Folk Plus (Saturdays at 12 noon) begins the month with highlights of the Clearwater Festival happening later in the month. On June 8 host Angela Page will be highlighting the Old Songs Festival and giving away $400 worth of tickets to the festival taking place near Albany . On June 15 the show puts the focus on Gay Pride awareness. And on June 22, themed City Mouse, Country Mouse, the show entertains with songs from both worlds.

James B. Huntington, host of WORK SHIFT, (Wednesdays at 10 a.m.) “a finger on the pulse of jobs in America,” asks on June 4: “Should We Break Up Facebook?” and presents the “Latest National and Local Employment Reports:  What Do They Mean?” on June 11.

Living Jazz (Fridays at noon) host Thane Peterson celebrates his late father’s 101st birthday on June 7 and his legacy — a love of jazz — with recordings of Ella and Louis, Duke Ellington, Artie Shaw, Miles and Monk, Getz, Coltrane and Dolphy.  On June 14 Thane will commemorate the birthday of Rene Char, paying tribute in jazz and word to courageous artists, writers and musicians. He explains: “Char isn’t well-known in our country but when he died in 1988, French President Jaques Chirac called him ‘the greatest French poet of the 20th Century.’ Char was also a hero of the French resistance during World War II who was known as Captain Alexandre when he led fighters protecting a parachute drop zone in southern France. We need the artists of our time to show similar courage. There are few better examples of artistic — and human — integrity than Rene Char.”

Ballads and Banjos (Saturdays at 7 a.m.) host Sonja Hedlund says: “We’ve seen some hard times…holding it all together ain’t always easy, and we’ve got to hold on…so James Taylor reminds us in that song about time. On June 29 she will air music about time, memories, getting older, persevering, sticking though it all, featuring Sweet Honey and the Rock, Hazel Dickens, Eva Cassidy, Willie Nelson, Dolly Parton, and of course Pete Seeger to name a few.”

In recognition of Pride Month, Kit Hulit’s program Something Old, Something New on Thursday, June 27 (12-2 p.m.) — the day before the Stonewall 50th Anniversary — will celebrate LGBTQ composers.  The program will include works by Ethyl Smyth, Jennifer Higdon, Meredith Monk, Aaron Copland, Benjamin Britten, Pytor Illyich Tchaikovsky, and many others.

Farm & Country (Saturdays 11 a.m.) has your favorite recurring segments plus…

JUNE 8 – Glory Days in Concert, Part 2: From Civil War to Civil Rights and the Making of a President

JUNE 15 – As The Eagle Flies: Fathers’ Days Two men from different backgrounds speak of the legacies passed to them and the gifts they now pass on to their own children.

JUNE 29 –  Frederick Douglass: What to the ‘Negro’ Is the Fourth of July? Actor Oliver King is the voice of Douglass—a man of his times with an urgent message for ours.