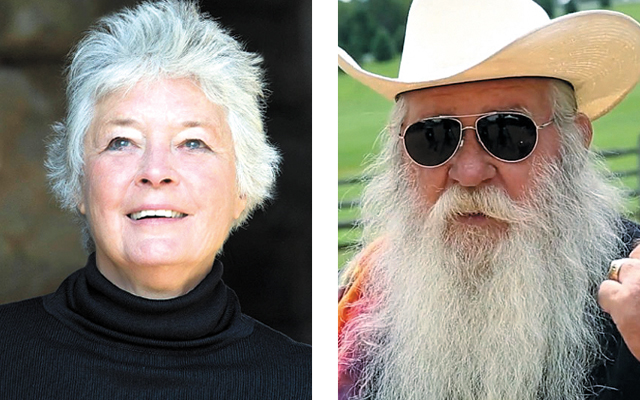 In line with WJFF’s mission to bring community voices together, Radio Catskill is delighted to honor area luminaries Patricia Adams and Duke Devlin as “Voices for the Catskills” at our July 20 Community Service Awards Celebration at The Arnold House. These two individuals are exemplary in their dedication to promoting and preserving our area’s resources and heritage. They join an auspicious list of previous Community Service Award recipients that includes Assemblywoman Aileen Gunther, Barbara Martinsons, Kathy Dodge, and Dick Riseling (2017); Judge Josephine Finn, Glenn Wooddell (2016); and Sandra Oxford, and Elaine Giguere (2015).

WJFF General Manager Dan Rigney says “Patricia and Duke are two of our area’s greatest treasures. Duke’s dedication to telling the story of a little 1969 concert gathering to all who would listen helped fuel the dream that became Bethel Woods; while Patricia’s quiet dedication to preservation, education and community building is an inspiration to all.”

Duke Devlin – The Catskills owe much of its vitality to the legacy of Woodstock. One voice can be said to have kept the world-renowned music festival alive above others: that of Duke Devlin. Having arrived for three days of “peace, love and music,” Devlin never left, in body or spirit, and became a local legend as interpreter of the cultural phenomenon that reverberated around the globe. Duke befriended Max and Miriam Yasgur, Michael Lang and John Roberts, and just about everyone he met at the Woodstock monument where he entertained visitors with his humorous anecdotes and observations. His retelling of the story of the 1969 Woodstock Festival has touched many thousands of local residents and visitors to the Catskills. Duke also worked for Sullivan County BOCES for many years, was a volunteer for WJFF and was the official site interpreter at Bethel Woods for close to a decade.

Patricia Adams is a writer, educator, historian and environmentalist whose contributions to her community are as numerous as they are integral to her family life. From teaching in correctional facilities to serving on nonprofit boards, Patricia has always been part of the fabric of the community in which she lives. Currently she is a member of SUNY Sullivan’s Board of Trustees and board member of the Friends of Beaverkill Community. She has written and edited several publications including The Heritage Edition of Stories of the Beaverkill, and co-authored others with her husband John, most notably A Force for Nature that chronicles the environmental movement in the U.S. Weekly she entertains WJFF listeners with her clever literary program, “From the Desk of..”.