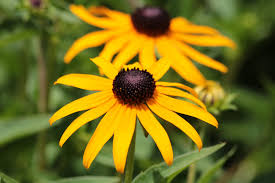 Friday nights “just got cooler” as a new line-up kicks up the month of June and summer at WJFF Radio Catskill​.

Reflecting the state of our nation The Mixtape (Fridays at 7 p.m.) host Jason Tougaw is featuring protest songs on June 5 starting off a new Friday night line-up. His show will be followed by two new shows Rare Pear Radio with Kassie Carlson (at 8 p.m.) Low Stakes with John F. (at 9 p.m.) and The Deep End with Jeff Loeffler (Fridays at 10 p.m.) Rare Pare Radio’s host Kassie Carlson plays the fruit of post-punk, experimental and fringe music showcasing primarily female artists but also a range of avant-garde musicians like Bush Tetras, Kleenex, The Raincoats, Faust and The B-52s. (The playlist for her premier show includes music by B52s; Bush Tetras, ESG, Strawberry Switchblade; Suburban Lawns, Psychic TV, Kleenex, The Raincoats, X-Ray Specs, Faust, CAN, Stereolab, and Beak) Low Stakes is a free form show celebrating the full scope of the recorded musical experience musician and songwriter John F. plays both popular and art music from the 1920s until today. On June 12 on The Mixtape guest host Jen Gebhardt will be playing some favorites recently unearthed during a Covid-self isolated basement clean-out…there’s some new wave, some punk, and hip hop.

Living Jazz (Fridays noon – 2 p.m.) on June 5 starts off with an hour of protest music, including tracks from a new big band album, “America at War” by guitarist and composer Joel Harrison, and followed by a mournful composition from Terence Blanchard and his E Collective’s 2018 live album, recorded in three cities (including Minneapolis) where unarmed black men had been killed by police. Also on the playlist are a track from We Insist: Max Roach’s Freedom Now Suite and Lucinda Williams singing with saxophone veteran Charles Lloyd and his group The Marvels. The show’s second hour will start off with a new EP from Esperanza Spalding and Fred Hersch, recorded live at the Village Vanguard in 2018. All proceeds from the recording, which is only available on Bandcamp until the end of the month, go to helping jazz musicians who are struggling to make ends meet during the COVID-19 crisis. Spalding sings and Hersch plays the piano in a marvelously loose and playful performance. Other music on tap will include our own Bill Mays playing piano with the U.S.  Air Force band, and new recordings from the up-and-coming vocalist Sara Serpa and jazz harmonica virtuoso Gregoire Maret. On June 12 Living Jazz is pegged to Thane’s late father’s birthday and looks back at the jazz his family heard, chosen by his dad. The show will start in the late 1920s wtih Fats Waller, Bix Beiderbecke and Earl “Fatha” Hines, work forward through the big band breats Benny Goodman, Artie Show, Glenn Miller and Duke Ellington, and then into the post-war eraa with artists such as Charlie Parker, Dizzie Gillespie, THelonious Monk, Ben Webster, Bill Evans, Ella and Louis, Sarah Vaughan and Stan Getz.

Farm and Country (Saturdays at 11 a.m.) host Rosie Starr presents on June 6 Star Talk with Keith Hubbard who says the big and little dippers are easy to view in the evening sky and tells listeners how to find them and Stephanie Phillips’ segment Now You Know that features a conversation with arborist Mark Gidley from Hankins NY about types of trees that are suitable for different properties. This segment continues on June 13. Rosie also talks with  Phyllis Haynes, Pastor at St. Paul’s Lutheran Church who shares what inspired her to join the Narrowsburg community in solidarity for Black Lives with a peaceful protest on the bridge that connects Sullivan Country to Wayne County Pennsylvania, and community member Jan Goodwin shares a very powerful poem written by 24-year-old American-Egyptian writer Asmae Fahmy entitled “Eight Minutes and 46 Seconds,” in response to the recent killing death of George Floyd. This broadcast is subject to cancellation due to daily press briefings by NY’s Governor Cuomo. On June 20 in Star Talk, Keith Hubbard reminds us to take note of the summer solstice, the longest day of the year. And in her segment Now You Know, Stephanie Phillips continues her conversation with arborist Mark Gidley from Hankins, NY discussing various tree diseases and varmints.

On Folk Plus (Saturdays at noon) June 6, host Angela Page weaves verses from Janelle Monae’s Hell You Talmout (a 2015 protest song) around songs of black struggles including 1916 slavery, 1960 Ruby Bridges 6 years old, and desegregation of schools, the 1955 Emmett Till murder, the killing of the three civil rights workers in Mississippi, 1967 Detroit riots and general songs of no justice no peace. On June 13th’s Folk Plus, Angela plays songs about summer: ice cream trucks, swimming holes and even songs for those who are not fond of the season. Angela’s career as a librarian influences her show on June 20 as she assigns Dewey Decimal numbers to the themes, such as the anniversary of the Supreme Court ruling on interracial marriages, of the songs she plays.

On June 6 the Janus Adams Show (Saturdays at 4 p.m.) presents a special edition featuring “American Trial: The Story of Eric Garner,”  a docu-drama presenting the case against the NYPD Officer caught on video choking Eric Garner, who gasped “I can’t breathe” several times before dying on the sidewalk.  On the program: ​Roee Messinger (Director), Ralph Richardson (Co-Executive Producer), and special guest, Esaw Snipes-Garner, widow of Eric Garner​​.
Learn more about the show here.

The June 10 episode of Let’s Talk Vets (second and fourth Wednesday at 7 p.m.) has host Staff Sargent Doug Sandberg discussing the national organization and Hudson Valley hub of Honor Flight, established in 2005 when retired USAF captain and private pilot Earl Morse took veterans to visit memorials in Washington D.C.  The June 24 edition marks several milestones: 1) It’s the beginning of the program’s third year on WJFF with over 60 interviews and features. 2) Doug is working to produce the program twice a month. 3) This week’s show will feature the first of several planned interviews exploring discrimination and racism in the military. Doug interviews Bernell Thomas, a black Marine who left the service in 1986, after 12 years due to pervasive racism preventing him from gaining well-deserved promotions and he will re-air his interview with Janell Mendez founder and CEO of Military Sexual Abuse Movement. Also on this show is a conversation with Laurie Bryceland, founder and CEO of Victory Hill Therapeutic Horsemanship in Greenville NY.

Now and Then (Saturdays at 3 p.m.) host Kathy Geary features on  June 20 and 27 the newest release from Bob Dylan “Rough and Rowdy”. These are the first original songs he has released since 2012’s “Tempest”. Kathy notes: “Perhaps you had a chance to hear his new song “Murder Most Foul” about the assassination of President Kennedy. It’s an epic 17 minute reflection on the events shaping the decade of the 60’s. The new album addresses complex ideas. In the slow blues Crossing the Rubicon, he feels ‘the bones beneath my skin’ and considers his options before death: Three miles north of purgatory — one step from the great beyond/I prayed to the cross and I kissed the girls and I crossed the Rubicon.” Kathy is producing current editions of Now and Then at home and deals with the issues facing us all during this time of pandemic and social change.

PennState Extension will present an on-demand webinar through December 31, 2021 on Beekeeping Philosophy. During the webinar beekeepers with varying perspectives will share their responses to challenges and what guides

PennState Extension will present an on-demand webinar through December 31, 2021 on Beekeeping Philosophy. During the webinar beekeepers with varying perspectives will share their responses to challenges and what guides them along the way.
.

Cornerstone Theatre Arts presents a One Act by Harvey Fierstein "On Tidy Endings" at the Goshen Music Hall. Show dates are September 17 to 19th and September 24 to 26th. For

Cornerstone Theatre Arts presents a One Act by Harvey Fierstein “On Tidy Endings” at the Goshen Music Hall. Show dates are September 17 to 19th and September 24 to 26th.