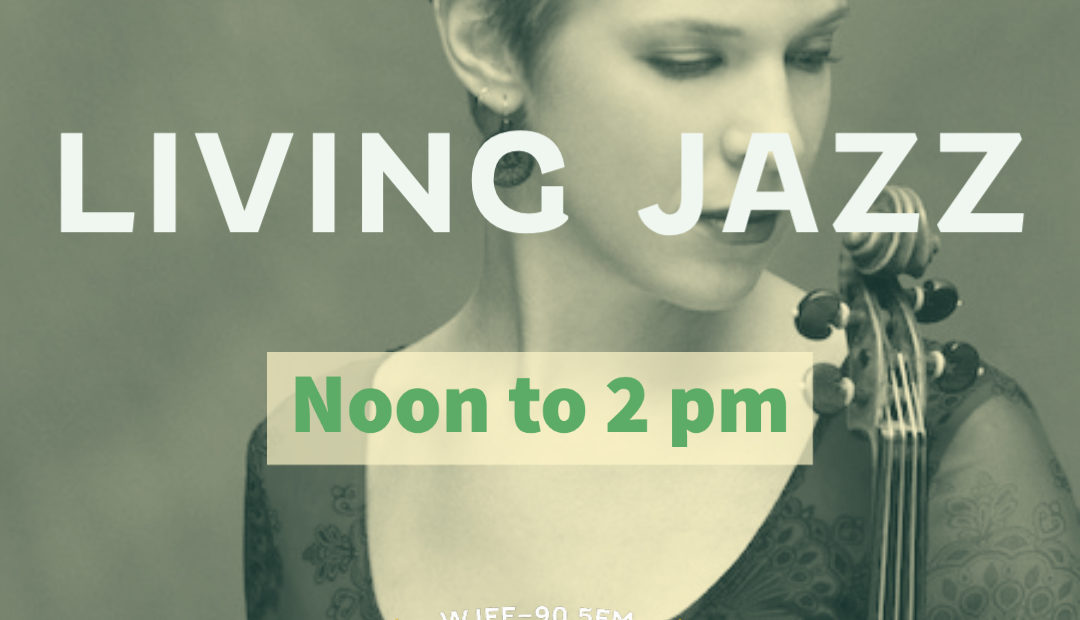 We’ll start this week’s “Living Jazz” with violinist Sara Caswell. We’ll hear her sitting in with the Florida-based Jazz Surge big band, which is celebrating its 25th anniversary. We’ll also listen to another track from Omegah, the extraordinary new CD from 9 Horses, the experimental chamber/jazz trio that Caswell co-founded. From there we’ll move on to “Kimbrough,” a beautiful tribute to the late pianist and composer Frank Kimbrough, who died unexpectedly last year. Four generations of prominent jazz musicians gathered to record dozens of Kimbrough’s compositions; we’ll hear contributions from pianists Helen Sung and Fred Hersch, and sax player Scott Robinson.

We’ll also check out a new collection of Nina Simone’s appearances at the Montreux Jazz Festival, and a compilation of 90 live performances by Ray Charles (to celebrate what would have been his 90th birthday). Also in the mix will be a newly reissued live recording of John Coltrane’s A Love Supreme, as well as new releases featuring the trumpeters Ibrahim Maalouf and Yazz Ahmed, the Montreal-based pianist Jean-Michel Pilc and the veteran drummer Andrew Cyrille. Finally, we’ll note the passing of the jazz impresario George Wein and celebrate the re-opening of the storied Village Vanguard jazz club in New York City, whose owner Deborah Gordon has a home in our listening area. Many jazz clubs failed to survive the pandemic so the reopening of the Village Vanguard is great news.

“Living Jazz” airs Fridays from noon to 2 p.m. on WJFF, 90.5 F.M., and streams online at http://wjffradio.org. Listen On-Air, Online, On Your Smartphone, and On Your Smart Speaker!

Time and the Valleys Museum hosts a virtual program on  Japanese Knotweed, the invasive plant that has been known to take over Catskill streambanks. The program takes place

Time and the Valleys Museum hosts a virtual program on  Japanese Knotweed, the invasive plant that has been known to take over Catskill streambanks. The program takes place on September 23 at 2pm and will help participants fight the spread of this invasive.

For a link to the program, email the museum:  timeandthevalleysmuseum.org/contact/

Participants in the Upper Delaware Council (UDC) member towns of Fremont, Delaware, Cochecton, Tusten, Highland, and Lumberland can earn free t-shirts and receive clean-up materials to pitch in with Sullivan

Those interested in focusing on the Upper Delaware River Valley’s roadways and trails may contact the UDC to request trash bags, gloves, returnable grabber tools, and safety-colored 2022 t-shirts to keep featuring a fierce eagle avenging litter in available sizes.

The UDC office at 211 Bridge Street in Narrowsburg (next to the firehouse) also has a supply of Sullivan County Litter Pluck disposal coupons to distribute.

The Wayne County Arts Alliance is opening “METAMORPHOSIS: Becoming Something New”. The exhibition opens with an artist’s reception on Friday, September 30, 2022, from 6:00 to 8:00 pm and is

The Wayne County Arts Alliance is opening “METAMORPHOSIS: Becoming Something New”.
The exhibition opens with an artist’s reception on Friday, September 30, 2022, from 6:00 to 8:00 pm and is on view through Saturday, November 5th. The Main Street Gallery is located at 959 Main Street (upstairs from Missing Pieces Gallery) in Honesdale, PA and is open Thursday through Saturday from 11:00 to 4:00 pm.
For more information about the exhibition go to waynecountyartsalliance.org.