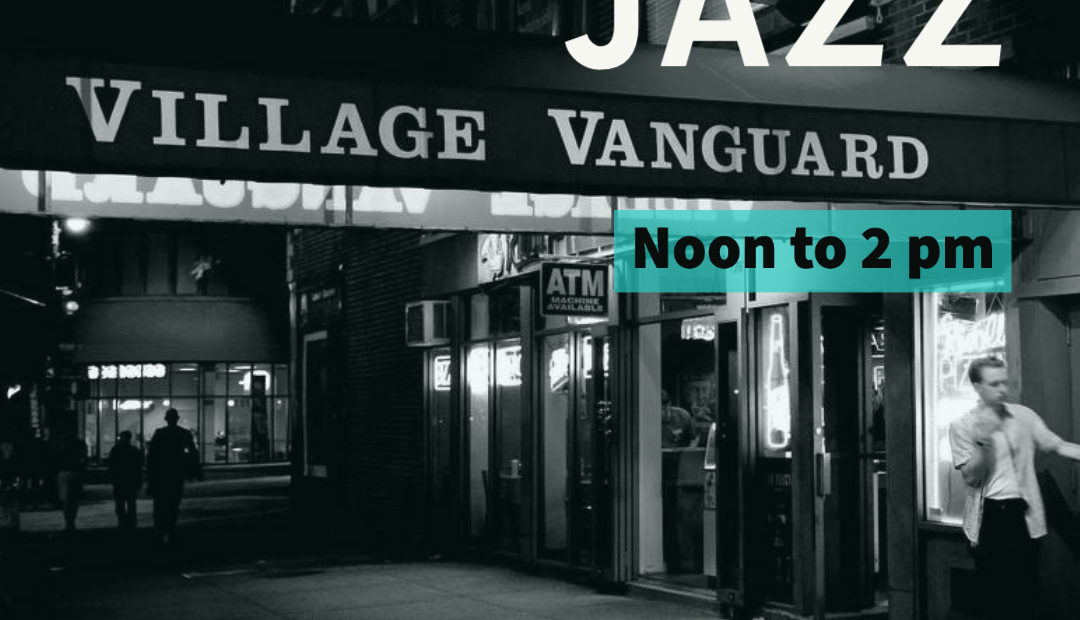 The highlight of this week’s “Living Jazz” show will be a telephone interview with Deborah Gordon, owner of the Village Vanguard in Greenwich Village, arguably the most storied jazz club in the world. We’ll talk to Deborah about how the COVID pandemic has affected jazz clubs and musicians, and how the Vanguard has weathered the storm. We’ll also ask her a bit about some of the legendary musicians who have played at the Vanguard, as well as the club’s history: Founded in 1935 by Max Gordon, her father, the Village Vanguard started as a folk club and switched to jazz in the late 1950s.

After Max’s death in 1989, his wife Lorraine took over and ran the club until 2018, when she died at age 95. Lorraine Gordon was a legendary figure in the jazz world, one of a very few club owners to be named an NEA Jazz Master. Deborah then took over, just in time to guide the club through the global pandemic. The Gordon family has a home in WJFF’s listening area and (to my delight and astonishment) Deborah sometimes listens to “:Living Jazz.” The Village Vanguard recently reopened to live performances so we’ll listen to some of the wonderful musicians on the schedule this fall (trumpeter Ambrose Akinmusire, pianist Fred Hersch, composer John Zorn among them), as well as others featured at the club in recent years (vocalist Cecile McLoran Salvant, bassists Linda May Han Oh and Esperanza Spalding, pianist Gerald Clayton etc.).

If there’s time, we’ll check out a few of the more than 100 albums recorded at the club by such legendary musicians as John Coltrane, Bill Evans, Elvin Jones and others.

We’ll also note the passing of Dr. Lonnie Smith, the virtuoso of the Hammond B3 organ, who died Tuesday at 79. “Living Jazz” airs Fridays from noon to 2 p.m. on WJFF, 90.5 F.M., and streams online at http://wjffradio.org.

Time and the Valleys Museum hosts a virtual program on  Japanese Knotweed, the invasive plant that has been known to take over Catskill streambanks. The program takes place

Time and the Valleys Museum hosts a virtual program on  Japanese Knotweed, the invasive plant that has been known to take over Catskill streambanks. The program takes place on September 23 at 2pm and will help participants fight the spread of this invasive.

For a link to the program, email the museum:  timeandthevalleysmuseum.org/contact/

Participants in the Upper Delaware Council (UDC) member towns of Fremont, Delaware, Cochecton, Tusten, Highland, and Lumberland can earn free t-shirts and receive clean-up materials to pitch in with Sullivan

Those interested in focusing on the Upper Delaware River Valley’s roadways and trails may contact the UDC to request trash bags, gloves, returnable grabber tools, and safety-colored 2022 t-shirts to keep featuring a fierce eagle avenging litter in available sizes.

The UDC office at 211 Bridge Street in Narrowsburg (next to the firehouse) also has a supply of Sullivan County Litter Pluck disposal coupons to distribute.

The Wayne County Arts Alliance is opening “METAMORPHOSIS: Becoming Something New”. The exhibition opens with an artist’s reception on Friday, September 30, 2022, from 6:00 to 8:00 pm and is

The Wayne County Arts Alliance is opening “METAMORPHOSIS: Becoming Something New”.
The exhibition opens with an artist’s reception on Friday, September 30, 2022, from 6:00 to 8:00 pm and is on view through Saturday, November 5th. The Main Street Gallery is located at 959 Main Street (upstairs from Missing Pieces Gallery) in Honesdale, PA and is open Thursday through Saturday from 11:00 to 4:00 pm.
For more information about the exhibition go to waynecountyartsalliance.org.