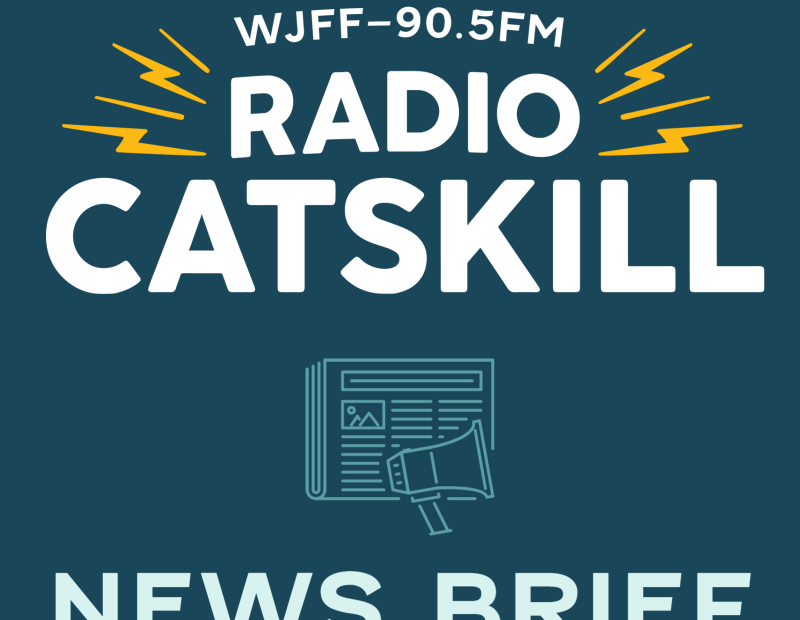 Jeffersonville, NY (June 30, 2021) – Radio Catskill, public radio for the Catskills & Northeast Pennsylvania, is pleased to announce the election of new Board of Trustees officers and new board members.

The two new board members are: Dale Blagrove and Barbara Demarest.

“I am personally delighted to welcome such strong new board members, and I look forward to serving with each of them in the coming year,” said Foster. “I’m also very pleased to lead the new board as board president during this transformational time in the station’s history and on behalf of the entire organization, I want to thank outgoing president Thane Peterson for his steady leadership for the past two years.”

Tim Bruno, General Manager of Radio Catskill, said, “Kirsten, Sally, Duncan and Kathy have all demonstrated exceptional commitment to advancing our mission, and we’re looking forward to their leadership.”

The station recently launched the public phase of The “Building A Sound Future” Capital Campaign to fund construction of its new studios in Liberty, NY. The station has raised $150,000 from major donors with a goal of $300,000. For more information on the project, or to donate, visit www.radiocatskill.org.

More information on the new officers and board members:

Kirsten Foster is co-founder of Foster Supply Hospitality, a group of rurally independent small hotels and restaurants in the Catskill Mountains. With a Masters Degree in Economics and International Policy and over 15 years working in the financial sector, Kirsten did not set out to become a co-founder and partner in a hospitality company. However, having done everything from setting up small rural micro-lending programs in Africa, to advising foreign officials on economic and health policy, to serving for ten years as a Senior Policy Advisor for the Federal Reserve Bank of New York and the US Treasury Department, she was ready for a new challenge. Over the past seven years, Kirsten has eagerly and seamlessly adapted her diverse skill set to Foster Supply Hospitality, bringing a fresh perspective and dedicated spirit to her work. Kirsten oversees and executes the design and purchasing for all properties, as well as leads the Marketing, Sales and Revenue teams. Sally Stuart is Vice President of Operations at The New York Immigration Coalition. She is an experienced fundraising and communications professional, and nonprofit executive. She has been the Director of Development and Communication at Equality Now, an international women’s right organization; Union Settlement Association, the oldest and largest social service provider in East Harlem; Citizens Union, a century-old good government watchdog organization; and the Center for Community Alternatives, a leader in reducing reliance on incarceration. From 1980 to 2002 at Communication for Change, she established pioneering participatory video projects in Asia, Africa, and the Middle East which advanced local economic development, community health, and the rights of women and girls. Duncan Cooper is a content strategist and former editor-in-chief of The Fader, the music and culture magazine. He holds a master’s degree in Media Studies from The New School and has released music under the name Wildarms. Kathy Geary is an on-air program producer, musician, and software engineer. She has served on the Board of Trustees since 2016 and is currently the Board Secretary. Kathy hosts “Now and Then” every Saturday at 3 pm on Radio Catskill. She explores the music of legendary singer-songwriters with lifetime careers in American and British popular music from 1960 through today, focusing on rock, folk-rock, and folk-jazz, both electric and acoustic. Kathy is a lifelong musician with a deep history as a classical pianist, operatic soprano and now she’s pursuing her career in Rock and Pop with her debut EP of original songs releasing in September this year. It’s a style she calls “ArtRock”. You can find her at KathyGeary.com, on Facebook, Instagram, and TikTok. Kathy is also a web developer, interface, and graphic designer with a long tenure at advertising agencies in Manhattan and eventually forming her own company Geary Media. Dale Blagrove has blended experience in real estate and senior information technology management. He is a licensed Real Estate Salesperson in New York and Pennsylvania with Keller Williams Realty Hudson Valley United, Inc. in Rock Hill, NY. Dale is known for extensive experience and expertise in ITinfrastructure operations, strategic relations, technology implementations, mergers, and acquisitions. Currently, he also supports the IT infrastructure and technologies at Western Sullivan Public Libraries (WSPL). Dale is a Distinguished Toastmaster within Toastmasters International, which focuses on helping people develop public speaking, communication and leadership skills. He is looking forward to building and starting more Toastmasters clubs in the area.

Barbara Demarest is a volunteer and former board member.  Barb began volunteering at Radio Catskill in 2012 in a variety of roles, including on-air host, board shift operator, and fundraiser. She served four years as a Radio Catskill Trustee and has served on other non-profit boards including YMCA, funding pre-school education for children in need, and the friends group for the Morristown, NJ, National Park. She holds an MBA in Finance from NYU and has worked at the vice-president level for financial services firms managing employee teams for development of computer systems and other special projects.

Radio Catskill is an independent voice of the Catskills & Northeast Pennsylvania, connecting listeners through locally focused and globally aware programming. We seek to inform,entertain, and inspire our communities and to promote understanding among people of diverse social, cultural, and political backgrounds.

CCE Ulster Master Gardener Seedling Sale opens on Tuesday, January 18th with  native, edible, and evergreen packs.  This year will feature Millenium asparagus, which is a very hardy variety that

CCE Ulster Master Gardener Seedling Sale opens on Tuesday, January 18th with  native, edible, and evergreen packs.  This year will feature Millenium asparagus, which is a very hardy variety that grows well in most soil conditions and is very tender. Strawberries, rhubarb, and peach trees are also available.  The order deadline is March 15 with pick-up at the end of April.

For information and orders, cceulster