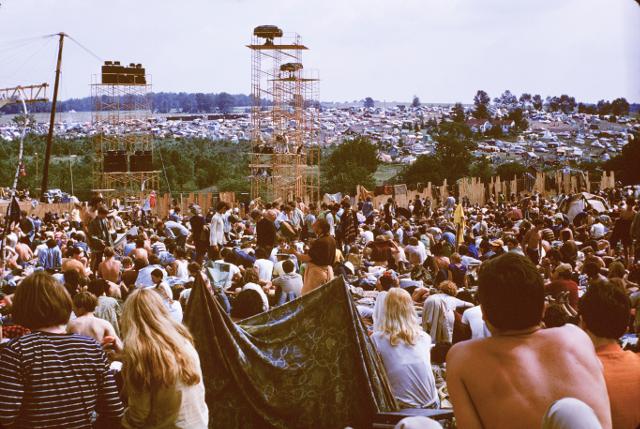 Summer 2019 on WJFF Radio Catskill, your community radio station, looks back 50 years — and ahead — with remembrances of iconic events (the Apollo moon landing, Woodstock), forecasts, useful information and music inspired by the season.

Keith Hubbard salutes the moon in his Star Talk report (Farm and Country, Saturdays at 11 a.m.) on July 20, the 50th anniversary of the Apollo 11 landing when Neil Armstrong and Buzz Aldrin became the first humans to walk on the moon. Farm and Country producer Rosie Starr visits the Barryville Farmer’s Market in its new location on River Road on the grounds of the United Methodist Church

July 20 also marks the anniversary of the first Women’s Rights Convention—July 19-20, 1848— and the Janus Adams Show (Saturdays at 4 p.m.) is on the road to the Susan B. Anthony Museum and Home in Rochester, NY.  Ironically, Anthony didn’t attend–more about that on the show.

WORK SHIFT with James B. Huntington (Tuesdays at 10 a.m.) brings you the latest on driverless cars, and the year in review on July 24 and on July 31 your host’s fourth annual forecast on autonomous vehicle proliferation, along with projections on the number of taxi driving and large truck driving jobs through mid-century. He’ll bring you the July employment data to be released on 8/2, on August 7 and talk about what it means.

Host of Something Old, Something New, Kit Hulit (Fourth Thursdays at noon) focuses her July 25 program on a segment featuring performances by artists appearing locally this summer – some at the Weekend of Chamber Music and some at the Shandelee Music Festival. The program will also include a segment inspired by watching children discover fishing, gardening and the night sky during their visits to the Catskills.   Works will include those inspired by Mary Cassatt’s painting, “Summertime”, Thoreau’s description of fishing on Walden Pond, Arvo Pärt’s choral music about a children’s garden, as well as a lullaby inspired by a book about the moon.”

In honor of the 50th anniversary of the Woodstock Music Festival AND the great Richie Havens who kicked off the festivities, Catskill Character ( Saturdays at 11:30) with host Donna Fellenberg on August 10 showcases the fabulous talents of Robert Tellefesen, who has devoted his musical life to preserving and fostering the legacy of Richie Havens and who will be performing and speaking about Havens and Woodstock. Robert most recently performed at WJFF’s Community Service Awards honoring Patricia Adams & Duke Devlin.

Folk Plus (Saturdays at noon) host Angela Page will commemorate the Woodstock festival on August 10 AND 17, airing music of the event as well as interviews with folks who were there.

Barbara Demarest host of Radio Chatskill (Saturdays at 10 a.m.) will interview the popular and iconic Woodstock “interpreter” Duke Devlin (WJFF 2019 community service award honoree) on August 17. Plus an interview with Arrowhead Ranch and Yasgur Road and something on the Grahamsville Little World’s Fair.

On August 10 Sonja Hedlund talks to young farmers who are known as “woofers”. And host Rosie Starr has a conversation with Jeryl Abramson about her connection to Sullivan County and Yasgur’s Farm – as a Sullivan County FARM!

Jambalaya (Saturdays at 1 p.m.) host Aldo Troiani will celebrate Woodstock with special programs on August 10 and August 17. He’ll do some warm-up on the 10th with interviews of performers at area anniversary concerts. On the 17th the pre-recorded show will feature songs directly from the original Woodstock Festival plus a brief interview with the Gypsy Jazz group Ameranouche who recently played in the area. That day Aldo will be playing with Little Sparrow on the River Stage in Callicoon for PorchFest, hosting the stage all afternoon with many other great groups.  Aldo says to “stop by, listen to WJFF Woodstock 50th programming along the way.”

Jazz guitarist Yoshiaki Masuo will be Living Jazz (Fridays at noon) host Thane Peterson‘s guest on August 16. Masuo, who has recorded with Sonny Rollins and Bill Mays, among others, lives in the WJFF listening area in Shohola, Pa. He is just back from touring in his native Japan and has a new album out. “Lots to talk about, lots of music to listen to,” says Peterson. On August 23, WJFF board member Sally Stuart joins Thane for a tribute to West African jazz.​

Not just Woodstock! 1969 events that changed our country and the world will be remembered in music and spoken word on August 17 when Ballads and Banjos (Saturdays at 7 a.m. ) host Sonja Hedlund asks listeners to remember with her the major news items of that truly remarkable year. ​

​Also August 17, Now and Then (Saturdays at 3 p.m.) will air a re-broadcast of host Kathy Geary’s 2013 interview with photographer Baron Wolman, who was sent by Rolling Stone Magazine to photograph the Woodstock Festival, about his work and his memories of the Woodstock Festival. She will also play music from Richie Havens, Santana, John Sebastian, Janis Joplin and Jimi Hendrix.