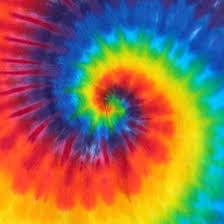 Tune in throughout the 4 days of celebration for special programming.

THURSDAY, August 15
6 p.m. Richie Havens
Fifty years and one hour after he took the stage at Woodstock, we will hear Richie Havens’ to kick off an evening of music and more. (In place of Fresh Air)

10 p.m. Documentary: “Back to the Garden Woodstock Remembered”
Paul Ingels’ new two-hour documentary for public radio including interviews with Woodstock organizers, artists, and attendees (In place of Upfront Soul)

FRIDAY, August 16
10 a.m. Documentary: “Back to the Garden Woodstock Remembered”
A rebroadcast of Paul Ingels’ documentary for the A.M. crowd. Includes interviews w/Woodstock organizers, artists, and attendees (In place of a.m. jazz)

7 p.m. Interview: Duke Devlin
Duke came for Woodstock and never left! Recorded in July at the monument on the original Woodstock site, hear Duke tell his whole story. (In place of Bullseye)

9 p.m. The Deep End with Jeff Loeffler
Jeff celebrates the Woodstock Anniversary and One World Weekend with an expanded set of tunes from Woodstock, featuring Jimi, Santana, and the Airplane.

Midnight: Woodstock Music All Night
We will keep the music going all night long with original performances from Woodstock until 5 a.m. (In place of: Trance on the Porch, Joe Frank, DN!, BBC)

10 a.m. Radio Chatskill- Here & There w/Barb Demarest: “Woodstock Wknd. Things to Do”
Barb plays clips from the Duke Devlin interview, talks to folks about gatherings at Yasgur Rd. and Hector’s in Bethel as well as Porchfest in Callicoon.

NOON: Folk Plus with Angela Page – Music & Talk
Angela concludes a multi-week run of Folk Plus episodes featuring music from Woodstock as well as interviews with folks who were there.

1 p.m. Jambalaya with Aldo Troiani
The pre-recorded show will feature songs directly from the original Woodstock Festival plus a brief interview with the Gypsy Jazz group Ameranouche who recently played in the area.

9 p.m. Music: Sly & the Family Stone
Between Set It Off and Old Skool Sessions, hear Sly & The Family Stone’s earth-shaking Woodstock set in its entirety. (In place of Afropop)

2 a.m. Music: Woodstock All Night
Stay tuned after Old Skool Sessions will keep the music going all night long with original performances from Woodstock. (In place of: BBC World Service)

SUNDAY, August 18
3 p.m. “Woodstock: the Local Connection” and “The Forgotten Years”
Two features produced at WJFF for the 50th Anniversary Weekend. First, Dalvin Aboagye explores how the Woodstock festival’s location in Sullivan County contributed to its success. Then, Jason Dole looks at the local legacy of Woodstock in the “lost” years between the end of the fest and before Bethel Woods opened.

8 p.m. Ravi Shankar
Though he played on Friday night at Woodstock, we have Ravi Shankar on Sunday Night to keep the good vibes of Gift of Peace going another hour.

9 p.m. Music & More: Woodstock All Night
Stay tuned after Gift of Peace as WJFF keeps the music going all night long with original performances from Woodstock until 4 a.m. (In place of: Concierto, BBC World Service)